8th March is celebrated as International Women’s Day around the globe. This day is celebrated to commemorate the cultural, political, economic and social achievements of women from all over the world. The main purpose of women’s day is to raise voice and awareness for women’s rights and issues such as gender equality, rape, domestic violence, heirship, and reproductive rights. Women’s Day gained popularity in the last two-three years in Pakistan too.

In 2021, several rallies found on the roads of major cities of Pakistan including Lahore, Karachi and Islamabad in the favor of women’s day. Women and men participated in the Aurat March (Women March) to call for the International Women’s day and raised their voice to protect the rights of women around the country.

In Lahore, the Aurat March held from the Lahore Press Club to the Punjab Assembly Building. The march was dedicated to healthcare workers and women’s health. The participants of the Aurat March were also having the placards with the hashtag “#MeToo” through which women shared their sexual violence and abuse experience.

In Karachi, the Aurat March took place at Frere Hall and all the participants were following the SOPs. They were wearing face masks and maintained a six feet distance from each other. These SOPs were followed in the view of prevailing COVID-19 situation in the country.

The participants raised their voice against domestic violence, sexual harassment, kidnapping of young girls and demanded equal rights. The organizers of Aurat March in Karachi also presented a 15-point manifesto to be implemented by the government as soon as possible.

Women in the march emphasized the government to implement the manifesto or they will do a sit-in every day to pressurize the government.

The Aurat March in Islamabad started at National Press Club and it ended at the famous D-Chowk near the National Assembly of Pakistan. The participants were having placards along with their demands and complain and they were raising slogans in the favour of rights for women in Pakistan.

In Aurat March, we have witnessed two different ideologies or school of thoughts that are demanding their rights. One is, that seek freedom from everything. They don’t want any kind of interference in their lives. While the other one seeks protection and good behaviour from the men and raise their voice for their rights in a polite and mannerable way.

Here we are having images from the Aurat March 2021 that illustrates the demands and reservations of women in Pakistani society.

These are some of the pics from the Aurat March and International Women’s Day in Pakistan. Some pictures truly depicts the problems faced by women. Moreover, Islam has given each and every right to women. Now, it is the duty of the state to take care of women’s rights and put those people behind bars who try to violate the rules. 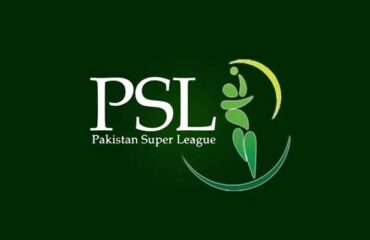 PSL-6 Postponed due to Increase in COVID-19 Cases